Dominion's master cylinder is factory tuned for the shortest dead stroke possible and a crisp bite point. The Dominion A4 caliper utilizes four pistons in the most structurally rigid design possible. It features a cold-forged caliper and KingPin structural pad retention bolt that increases stiffness.

With a motorsports-inspired Two-Stroke dual port bleed system, industry-leading DOT 5.1 fluid and Kevlar hose, the hydraulic system is engineered for ultimate performance across all temperatures and easy maintenance.

Dominion A4 features the proprietary QuickBite² system for fast and consistent burnish, coupled with our D-Series rotor to manage the heat with less braking noise.

Rotors and Brackets not included

Dominion A4 in the News

“Gravity riders of all stripes will be stoked to squeeze these brakes."

"With power to rival the best, superb build quality and class-leading feel, they are a highly recommended purchase for riders looking for a balanced brake with lots of sensitivity."

Low effort system with predictable, progressive ramp up and a crisp bite point. 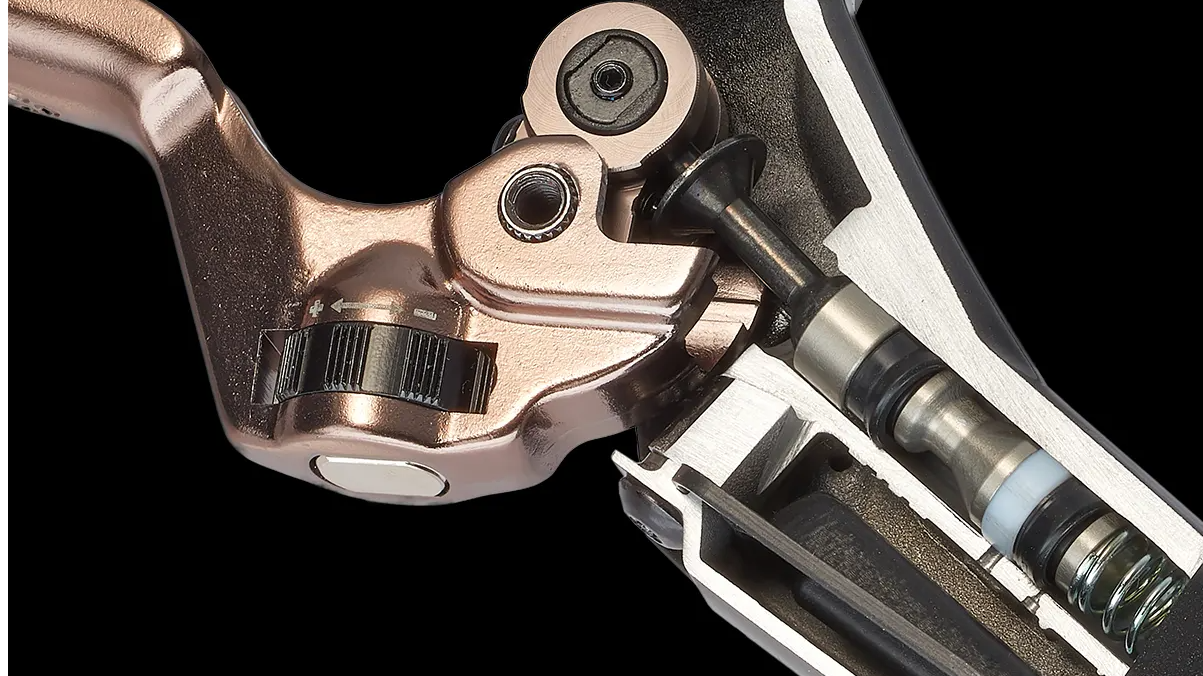 Precise Engagement - Each Dominion is factory set to have the lowest dead stroke possible and a crisp bite point.

FEA-optimized modal shapes of D-Series rotors are intentionally designed to oppose those of Semi-Met T106 and Sintered T100 pads, canceling out noise and vibration. 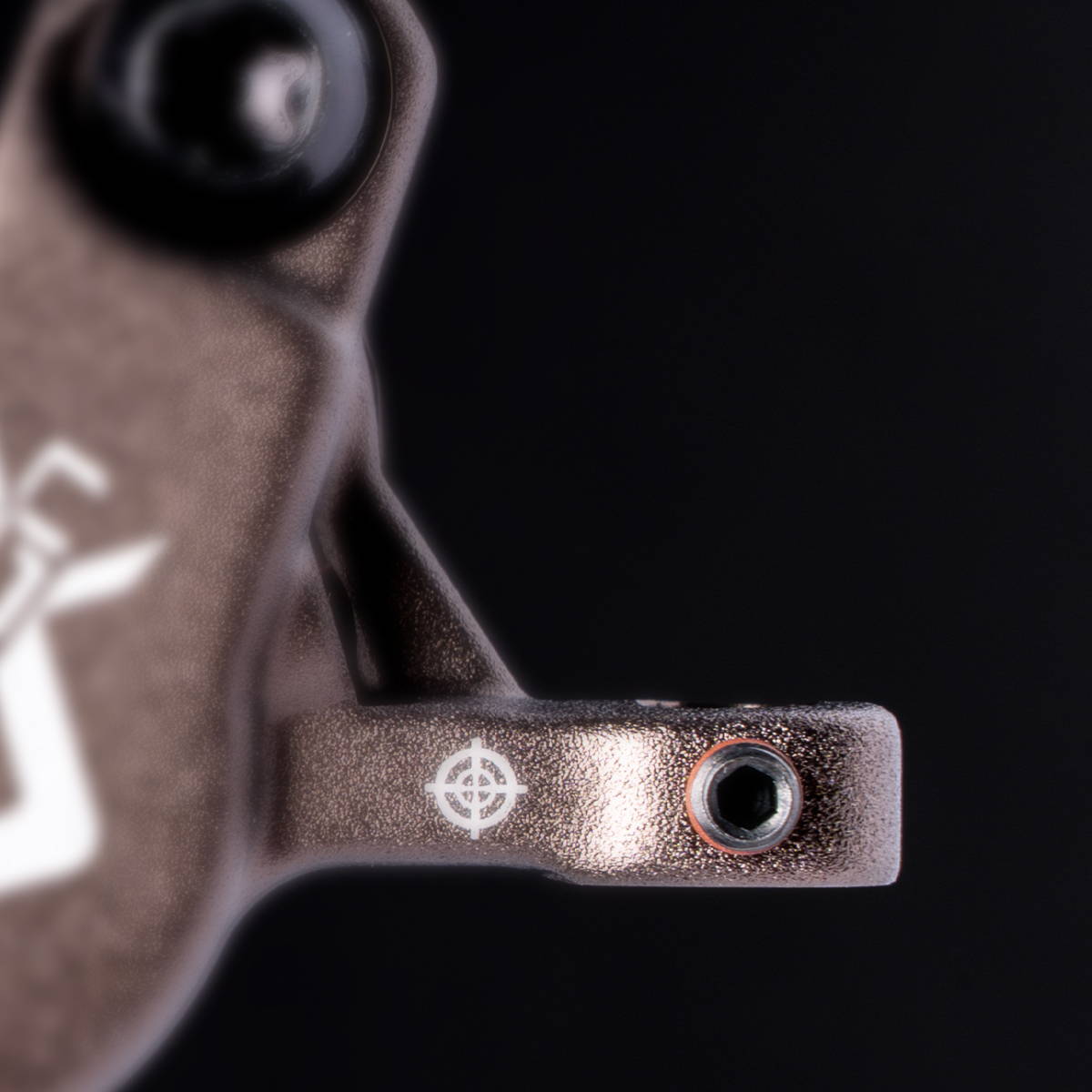 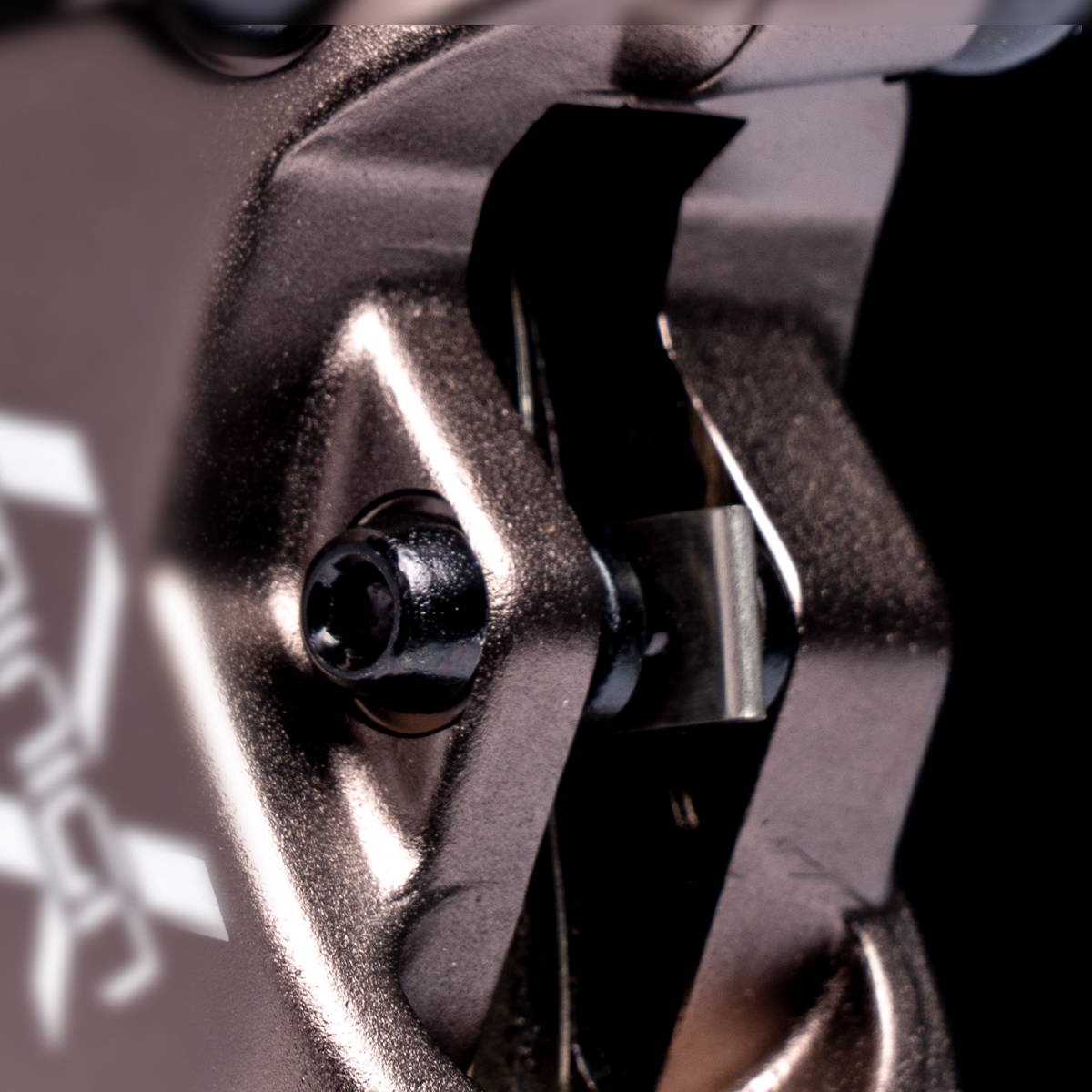 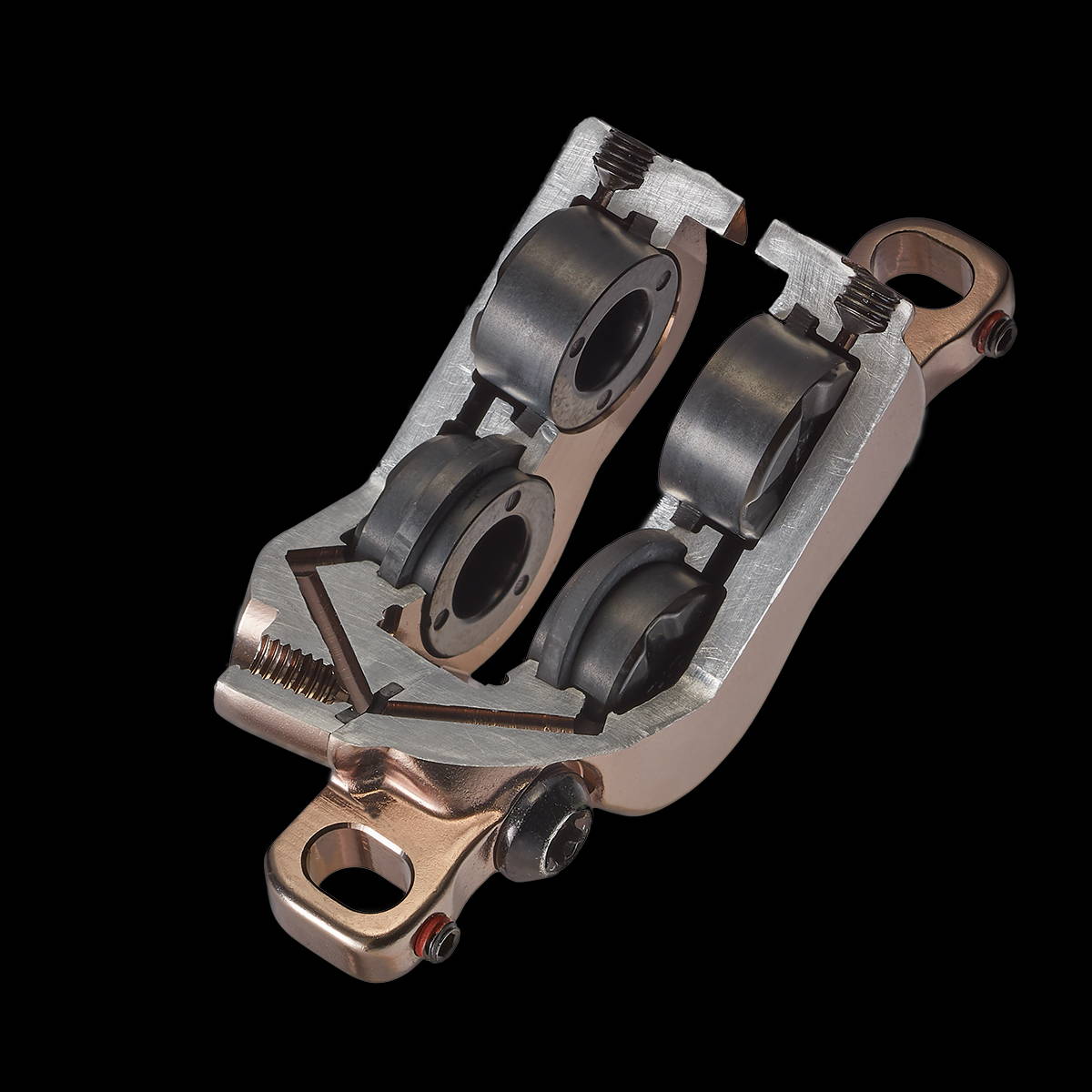 Hands down the absolute best brakes I've ran. I've tried them all, Magura, Shimano, Avid, SRAM, and TRP. I've had 3 sets and they're extremely durable when the small stuff doesn't fail...I'll explain below.

So, on my first set, after about a year of being flawless, somehow the bleed port on the lever stripped out when bleeding after probably 2-3 bleeds (the brakes rarely need bleeding). So when I would pull a vacuum, tons of air would get in. I was an idiot and didn't realize there was two bleed ports on the lever. Long story short, I got a new rear brake.

On that new rear brake, the cross hair alignment stripped into the caliper body while setting it up. Absolutely sucks and shouldn't happen on new brakes, but whatever, I'll just adjust them the original way. Bummer, but I love the brakes so I stuck it out. Plus I purchased second hand so I was out of luck.

Just recently I'm building a brand new bike, obviously chose the Dominion A4s again, and I had a handful of problems setting these up...It started with bleeding after trimming the cables. Both ports at the lever were letting air in when pulling a vacuum. On my third attempt at bleeding (the lever feel just wasn't good enough without a vacuum at the lever), I used some needle nose pliers to really tighten down the bleed syringe. Who knows what this will do for long term longevity...but I had to in order to pull the vacuum, never had to do go this tight while bleeding before. And this was front and rear lever on brand new brakes, purchased from a store brand new. Anyways, I got the lever feel I wanted and a good bleed.

I go to set up the calipers after a long bleed and the rear cross hair alignment screw strips out the caliper rendering the cross hair alignment useless. Not the end of the world, but these are brand new brakes and across my three sets I've purchased, I've had these repeated problems. It's beyond frustrating after spending months trying to source parts for a new bike during COVID, to be all excited to build it, and have this happen from what were some of my favorite products. I can still run the brakes obviously, and they feel great, but man it drives me nuts to spend so much time building a brand new bike and have it not be perfect before it even touches dirt...

All in all, I'll continue running the brakes because their feel is so incredible. Minus these REPEATED small issues I've faced, their durability is second to none. I'll be trying to contact the warranty department and hopefully they can make it right. These brakes still feel insanely incredible and are truly durable if these two areas don't fail on you. The lever bleed ports, and the cross hair alignment.

D
D.R.
Best brake out there

This brake takes the best of both sram and Shimano and then continues to make it better. Everything about this brake works and feels flawless. I won’t run any other brake besides this on my mtb. Love it!

My A4’s came in my 2020 Framed Carbon Alaskan fattie, I’ve got over 1500 miles on them. They stop precise, 1 finger, best in class modulation. I’m 200 lbs, ride hard and fast, these work 4 seasons all conditions.

I'm not a small rider, tipping the scales at 220 (give or take), so the kinetic energy I develop when riding made my OEM Shimano's cry. After reading up, watching as many reviews as I could, and finally getting a personal recommendation by Remey, I made the leap. I've found fine tuning the "Crosshair" has been a bit of a learning curve, otherwise, easy to bleed and - MOST IMPORTANTLY - viscous stopping power with really sensitive modulation. I feel more confident at high speeds and/or on the super steeps.