BEAT Cycling Club, one of the leading teams in the UCI Continental circuit have been extremely proactive in these unprecedented circumstances. As the UCI has outlined a new race program for the end of season, we caught up with Luuc Bugter, one of the eleven riders making up the BEAT road team, about how he is coping and training in preparation for races resuming.

After a strong debut season for BEAT in 2019, which included a GC win in Tour d’Eure et Loir (UCI2.2) and a solo victory in the PWZ Zuidenveld Tour (UCI1.2), team road captain Luuc was looking to a strong 2020 before COVID-19 hit.

AL: Where are you based during this lock down? What affect has this outbreak had on your daily life?

LB: I have been based at my home in Arnhem, Netherlands. My life has actually been simplified quite a lot due to this situation. Normally I am hardly ever at home due to a busy race schedule, where we go from hotel to hotel, away from home working or spending time with the family. This has been the longest time I’ve not had to pack my suitcase for a while!

AL: What does a typical training week look like now and how do you stay motivated?

LB: I find the same training laps and environment get boring pretty quickly. Therefore, I decided to mix my road training with some gravel riding to explore new areas and trails I cannot ride down on my road bike. With this in mind, I set myself some new goals on the gravel to motivate myself. On Saturday, May 30th, I will be participating in the ‘Dirty Kanzelled’ ride via Strava. It is going to be a ride of around 200 miles (320km) with the majority of the route on gravel trails, I am curious to see how well I will complete it as I have never ridden so long before! It will certainly be a challenge!
I have used this time to work hard off the bike too with the focus a lot on strength training. As we cannot go to a gym, I have got creative and built my own home gym in my garden!

AL: What is the hardest part about lockdown?

LB: For me the hardest part about this situation is the unknown and uncertainty of everything. When are we going to race again? When will life start back up normally? Nobody knows a definitive answer yet so those thoughts I keep asking myself inside my head. It’s a very hard situation mentally, not only for me but for everyone! For us as a team it is very important that we can start back racing as soon as it’s possible to show off our partners. I am keeping myself in good condition so that as soon as racing restarts, I’ll be ready!

AL: How does being in a team like BEAT help in this sort of situation?

LB: BEAT have been great throughout this whole situation. The team is coming up with new ways to expand and engage with our community members, this has been through some new platforms to me such as Zwift and eRacing. On here we can ride and compete against our club members from the safety of our own homes. On top of this I’ve been helping BEAT spread cycling as a lifestyle choice more on the various social media platforms. It’s great that we have some top partners on board with the team to help us through these times. For example on my ‘Dirty Kanzelled’ ride this weekend I am able to test the Koga gravel bike, this sort of help really keeps morale high. 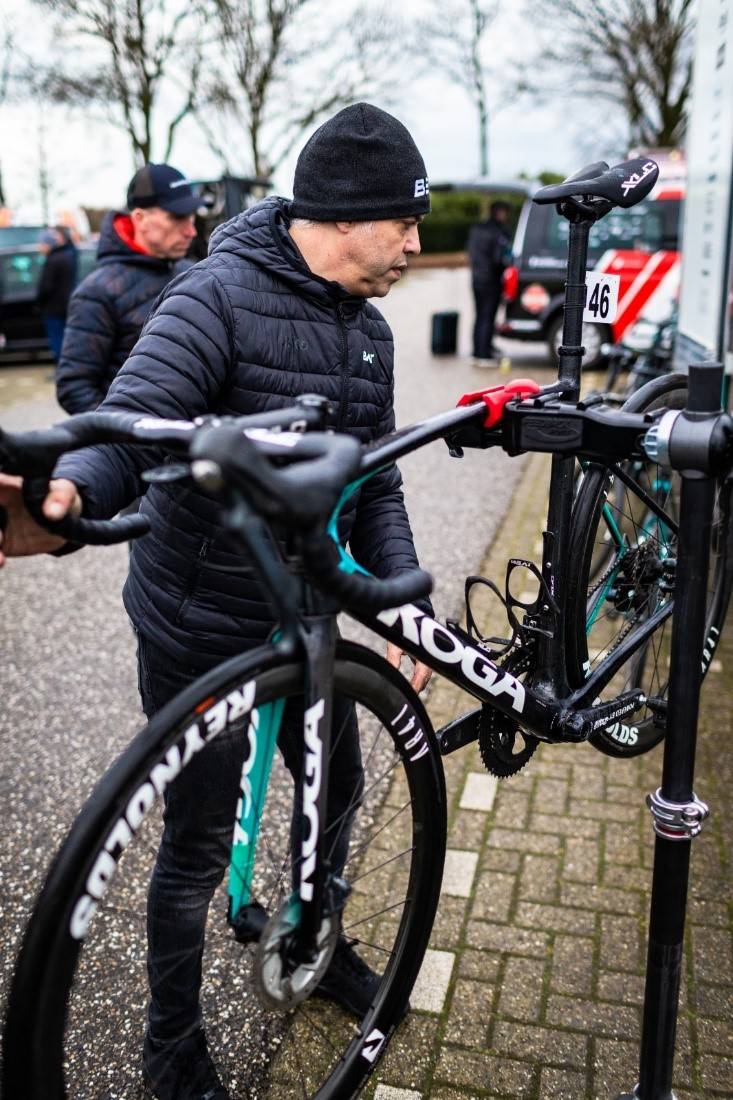 Deep in the Swiss Alps, Morgane Charre transcends time - and the trail - on the Firebird. From her home in France, the newest member of Pivot Factory Racing takes us to a rugged and hidden corner of our mountain biking Universe.

In Southwest Switzerland on the French and Italian border, across the valley from Zermatt lies one of Morgane Charre’s favorite destinations: Valais Canton. There are more than 46 summits over 4,000m height in Valais, including the Matterhorn. It's also home of the longest glacier in Europe: Aletsch (24km long). The climate is dry, making for great riding all year round. 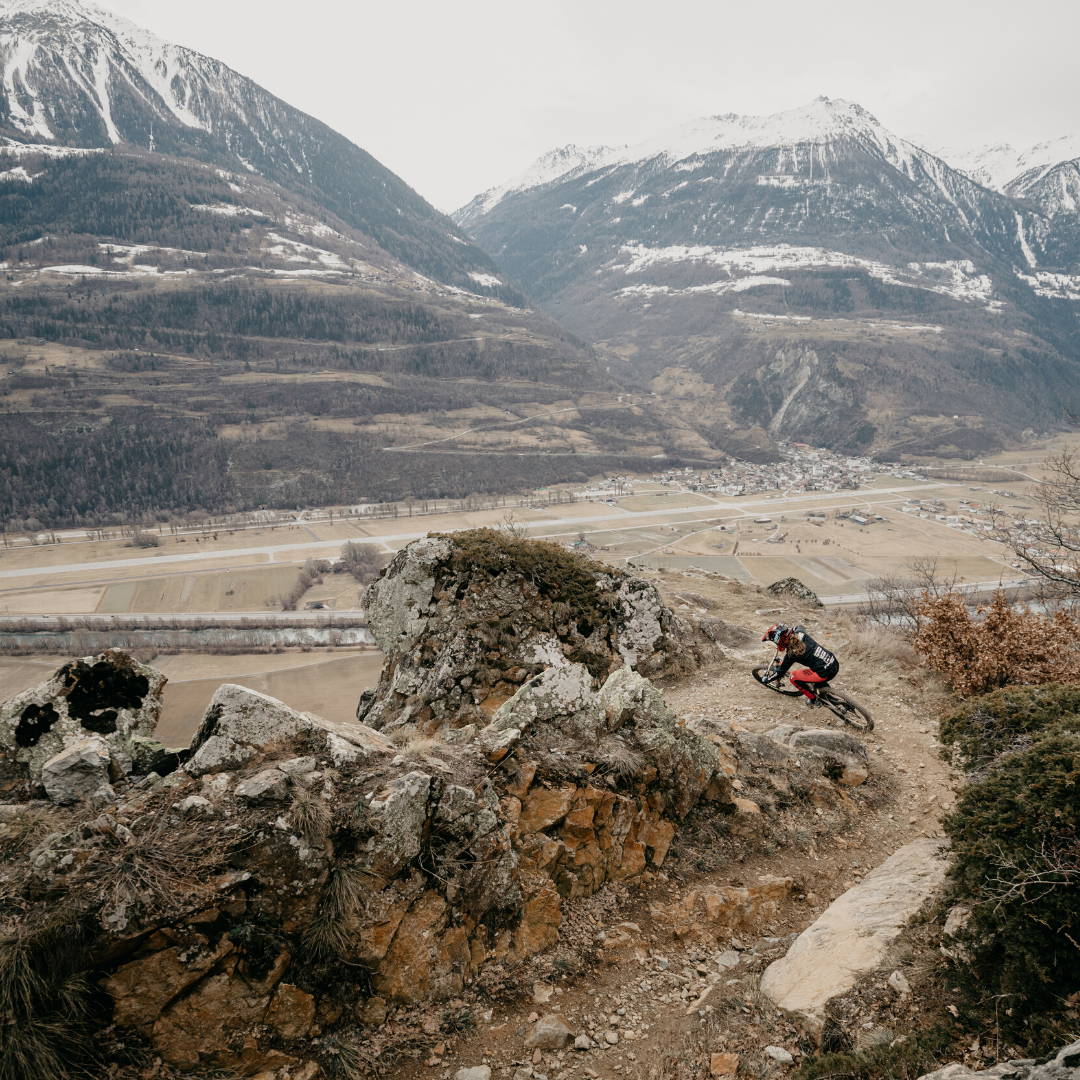 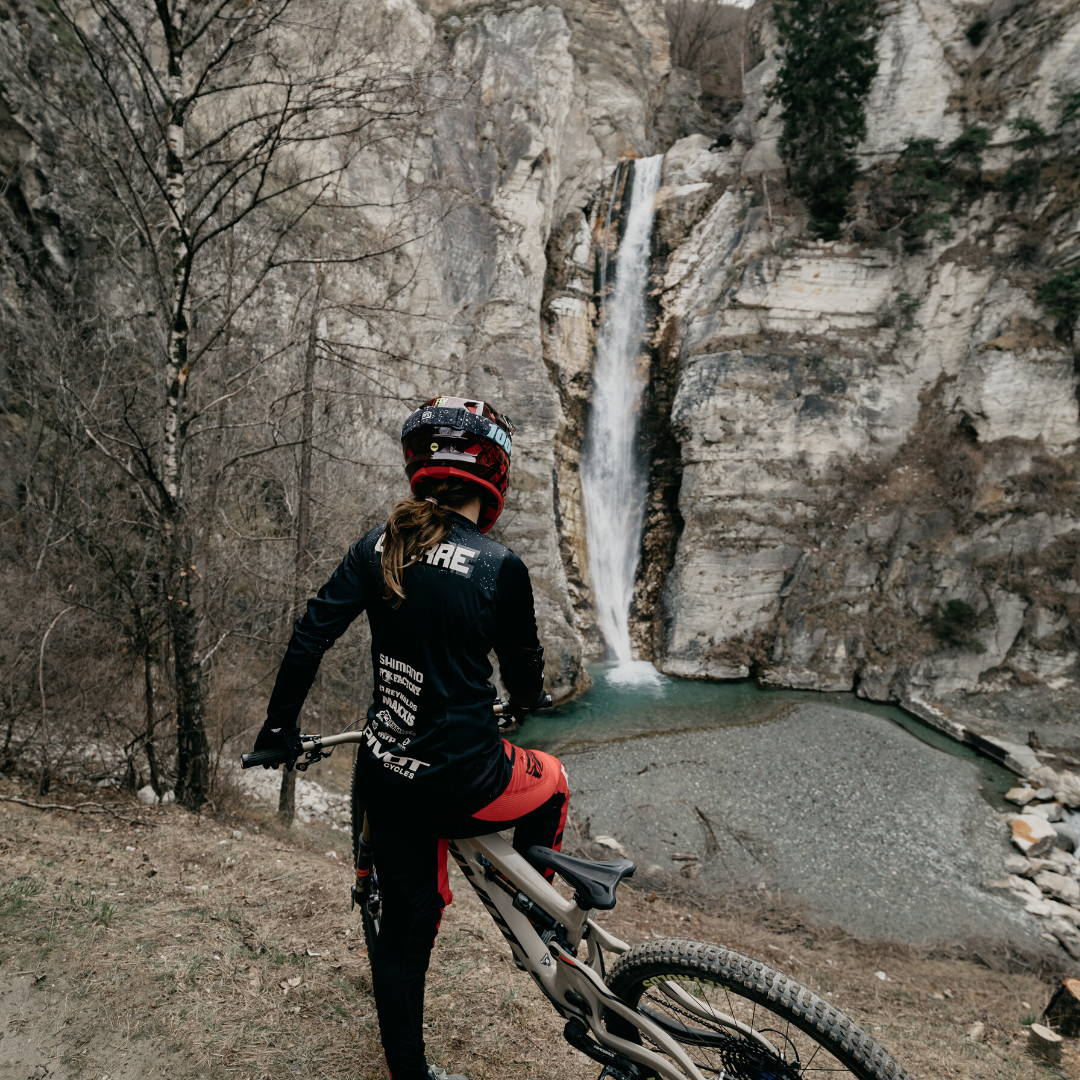 "Valais Canton is full of amazing places to ride. Martigny and Verbier trails to Zermatt, through Crans Montana and Saint Luc Bike parks - there are also many bike-friendly hiking trails on every mountain accessible by lifts, buses, or pedaling. The playground is infinite. And with 2,000 hours of sunshine per year, Valais Canton never disappoints."
—Morgane Charre 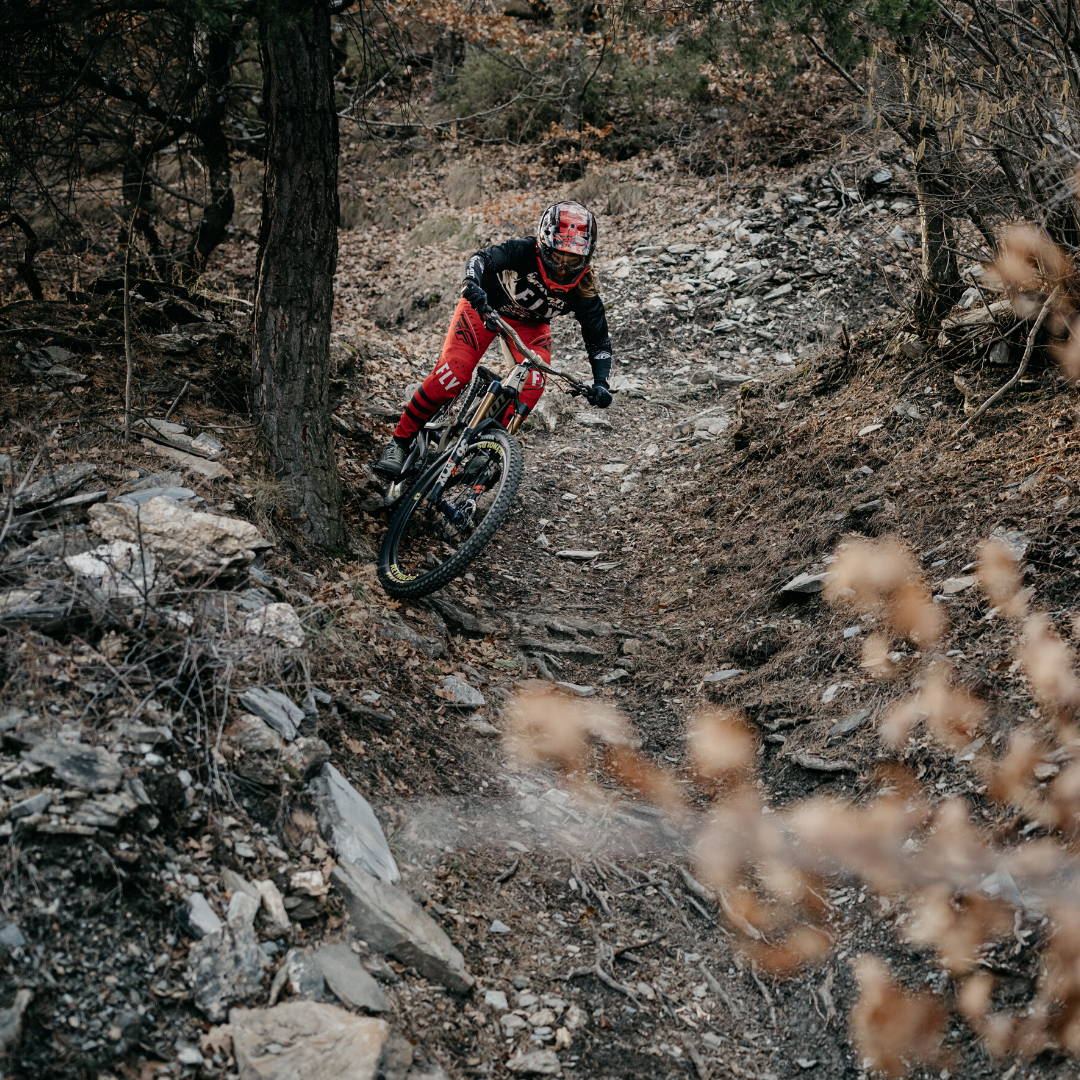 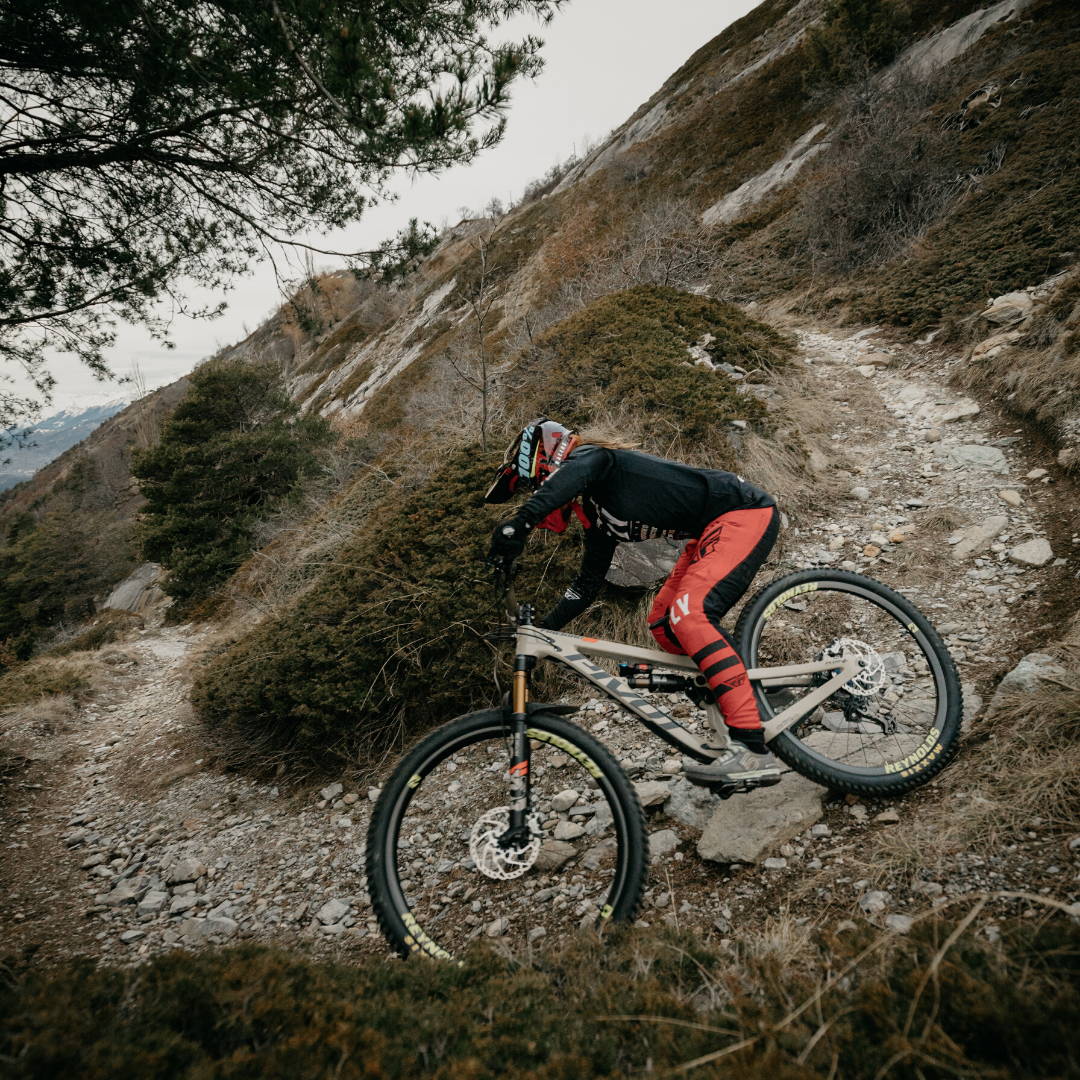 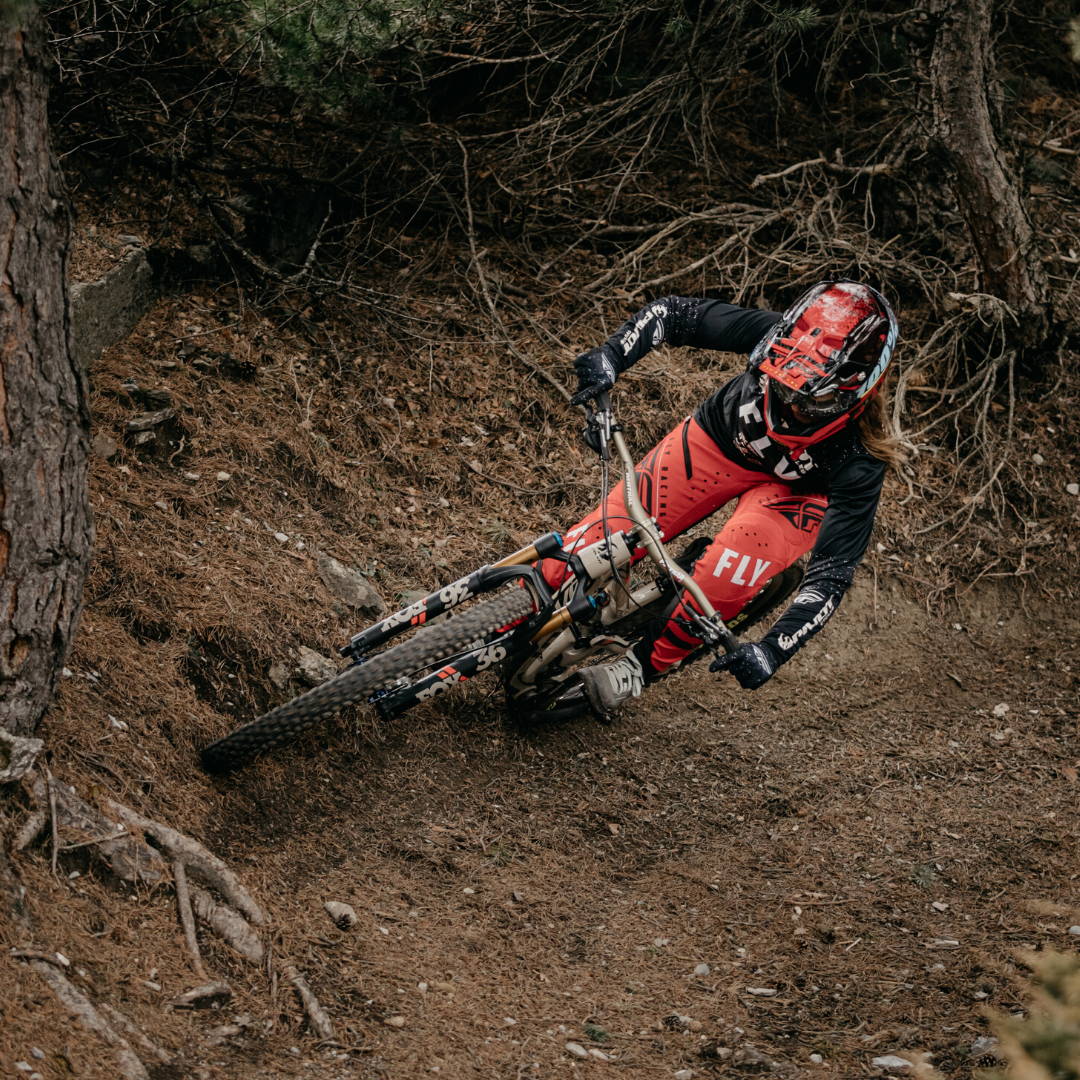 "Valais Canton is my favorite destination in Switzerland. It's always sunny and there are all kinds of trails, from flowy to really technical. Verbier and Crans Montana are my favorites in the area." 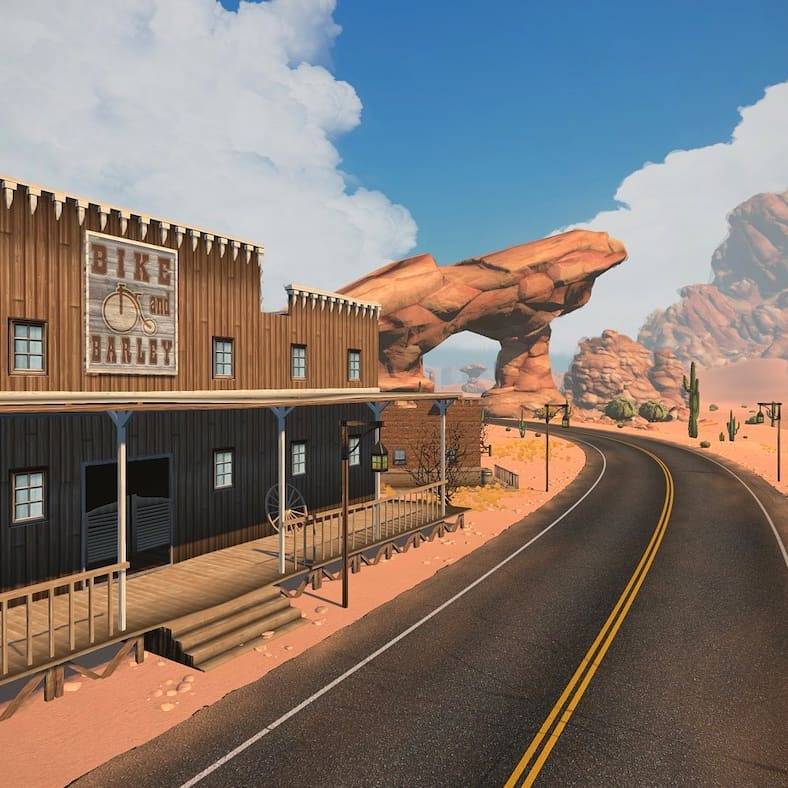 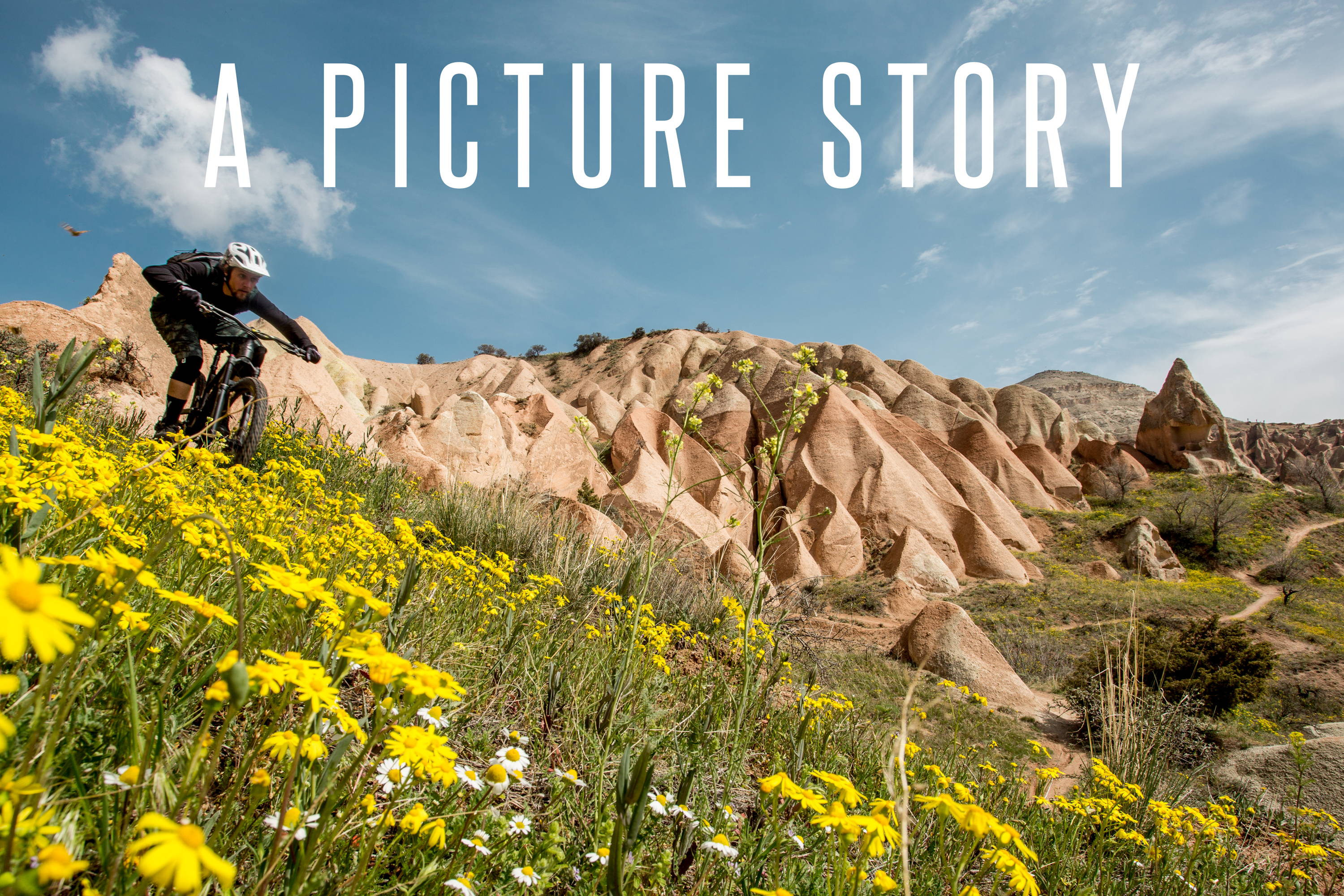 Not a special background or a special topic, but rather a trip to a special location in hopes of creating a spectacular experience. I mean look at this unforgettable landscape combined with all these amazing natural forms that mother nature created for us to appreciate. 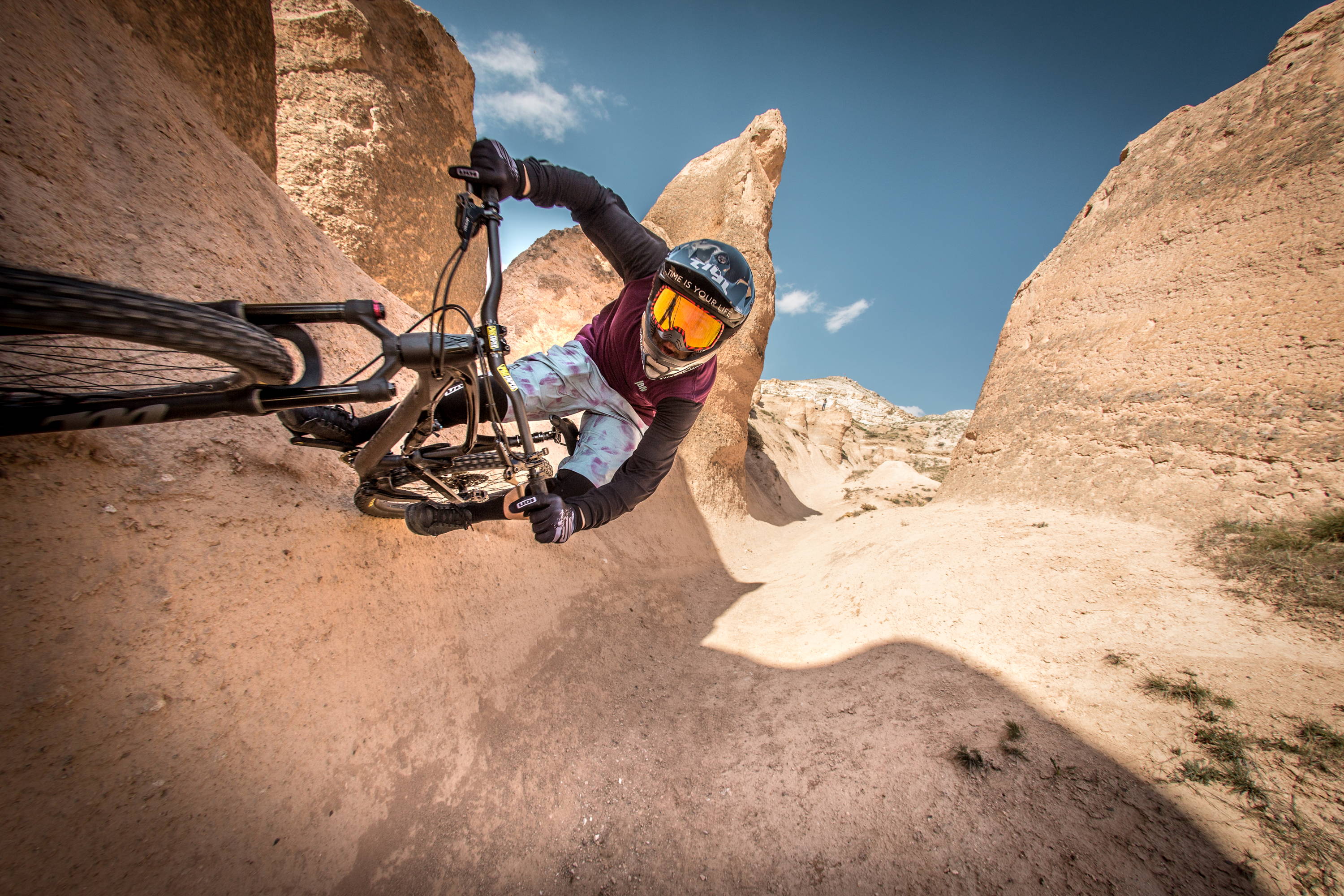 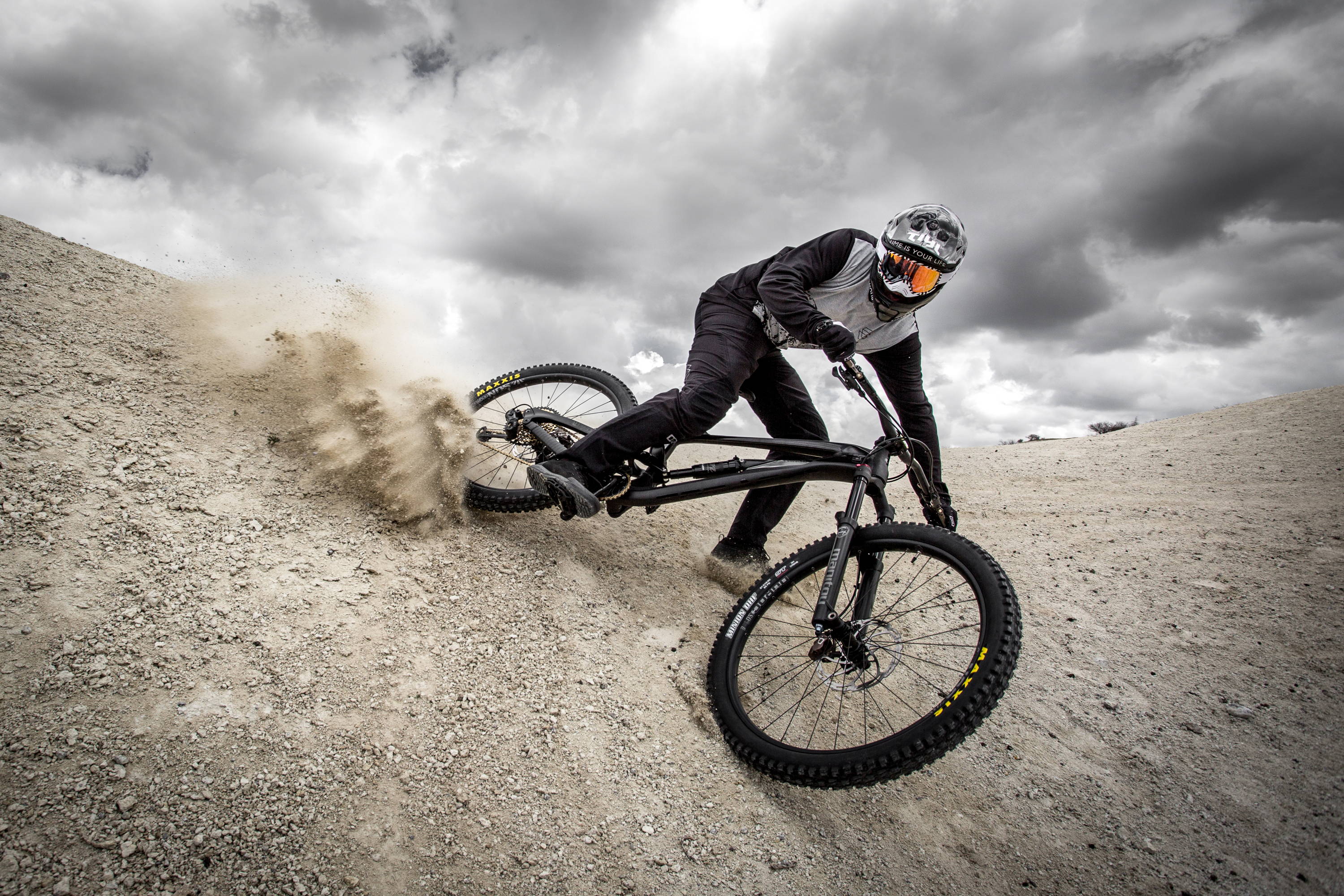 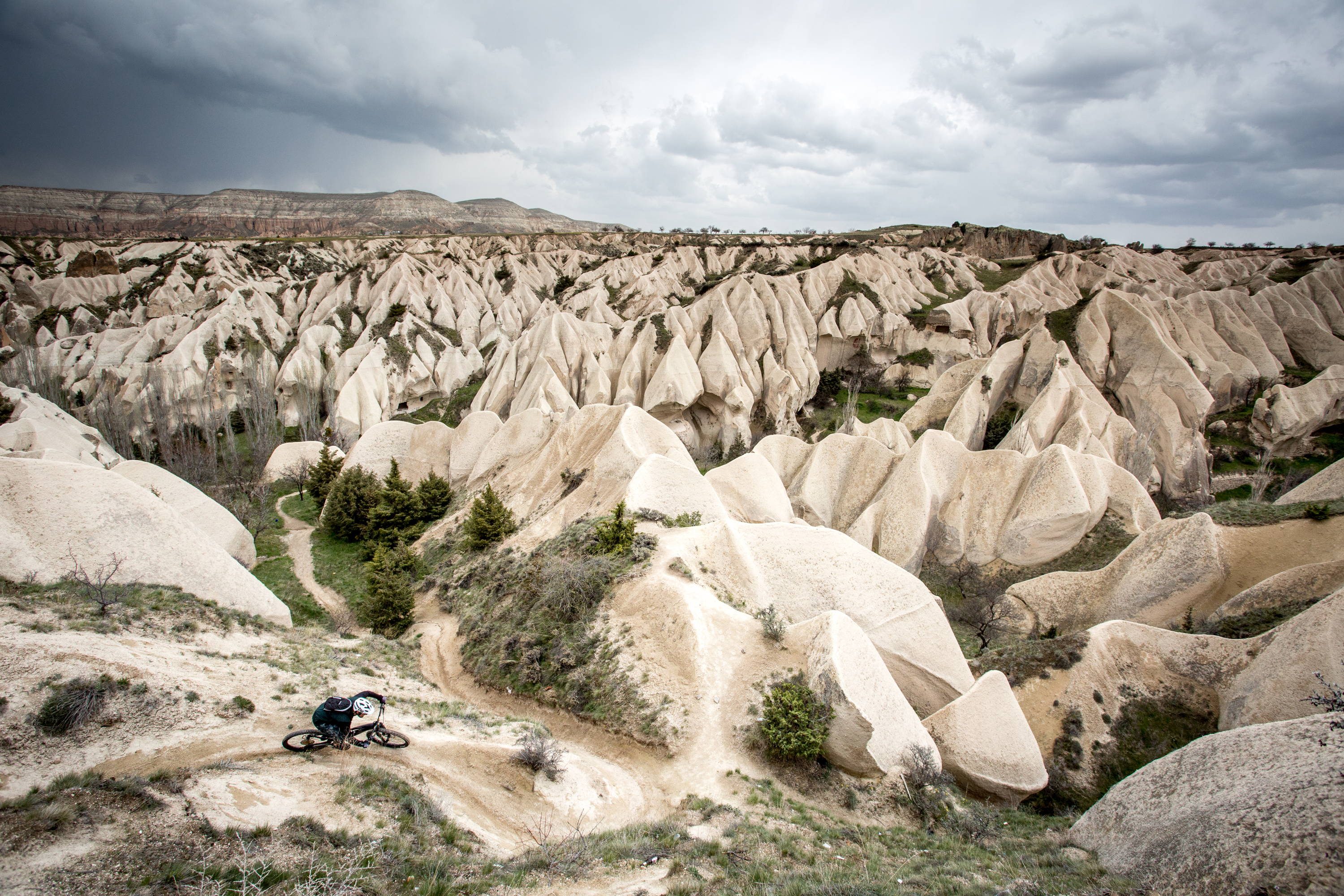 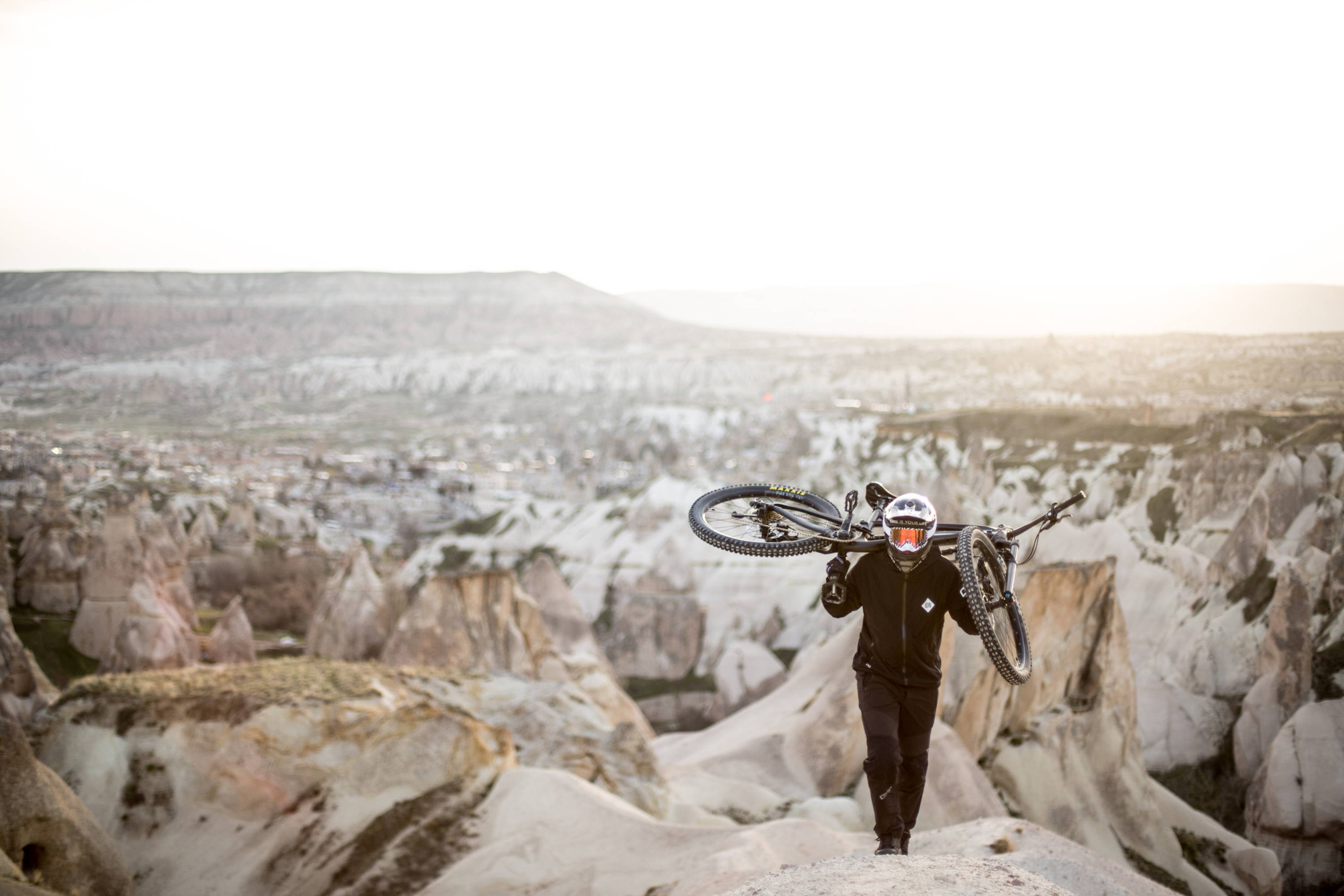 I have wanted to come to the Cappadocia region of Turkey for years now and finally made it happen, and I´m blown away more than I ever expected.

While the region is relatively small in relation to Turkey itself - make no mistake, if you're here, you'll experience it way bigger than it actually is. Such an intense place and full of beauty. 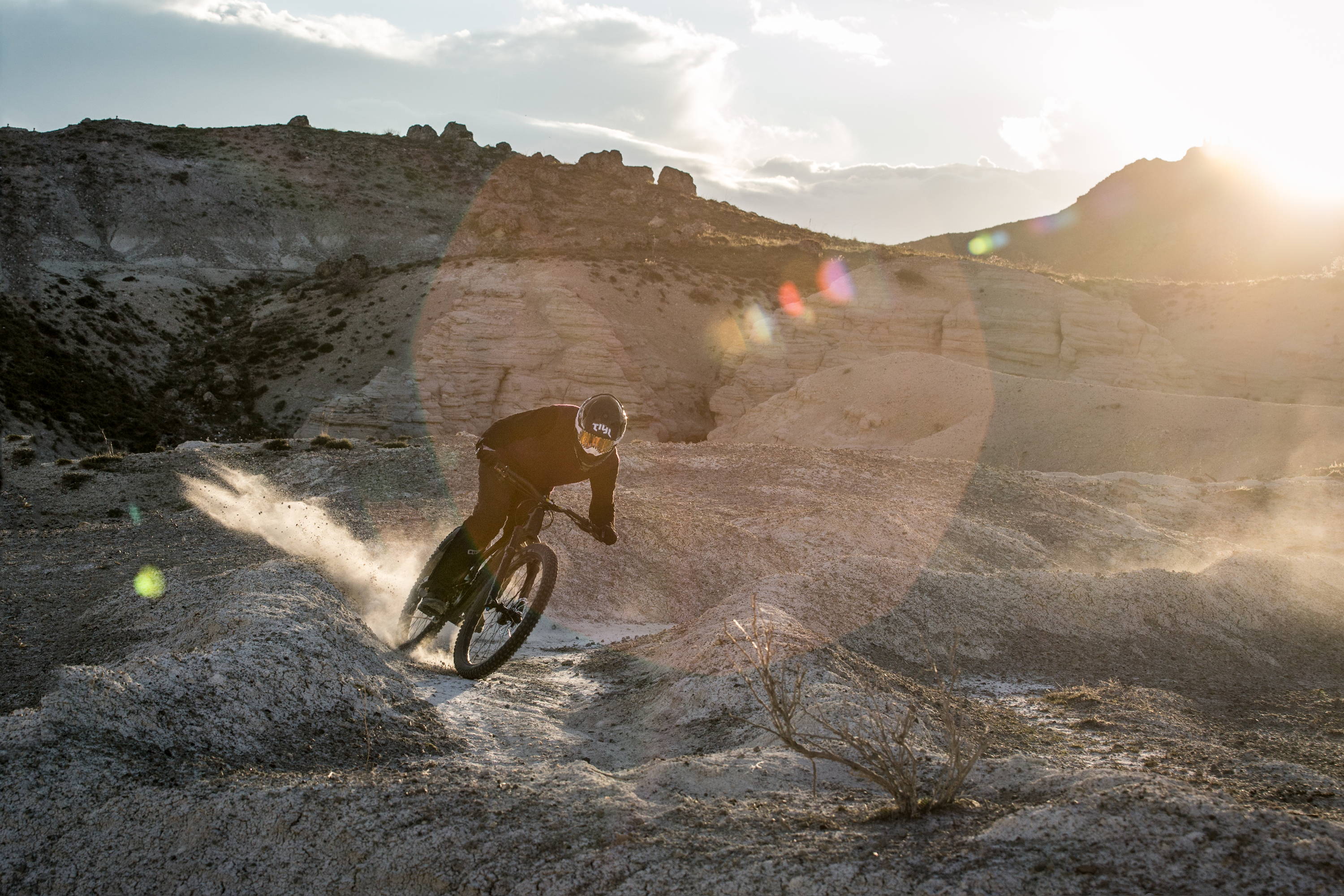 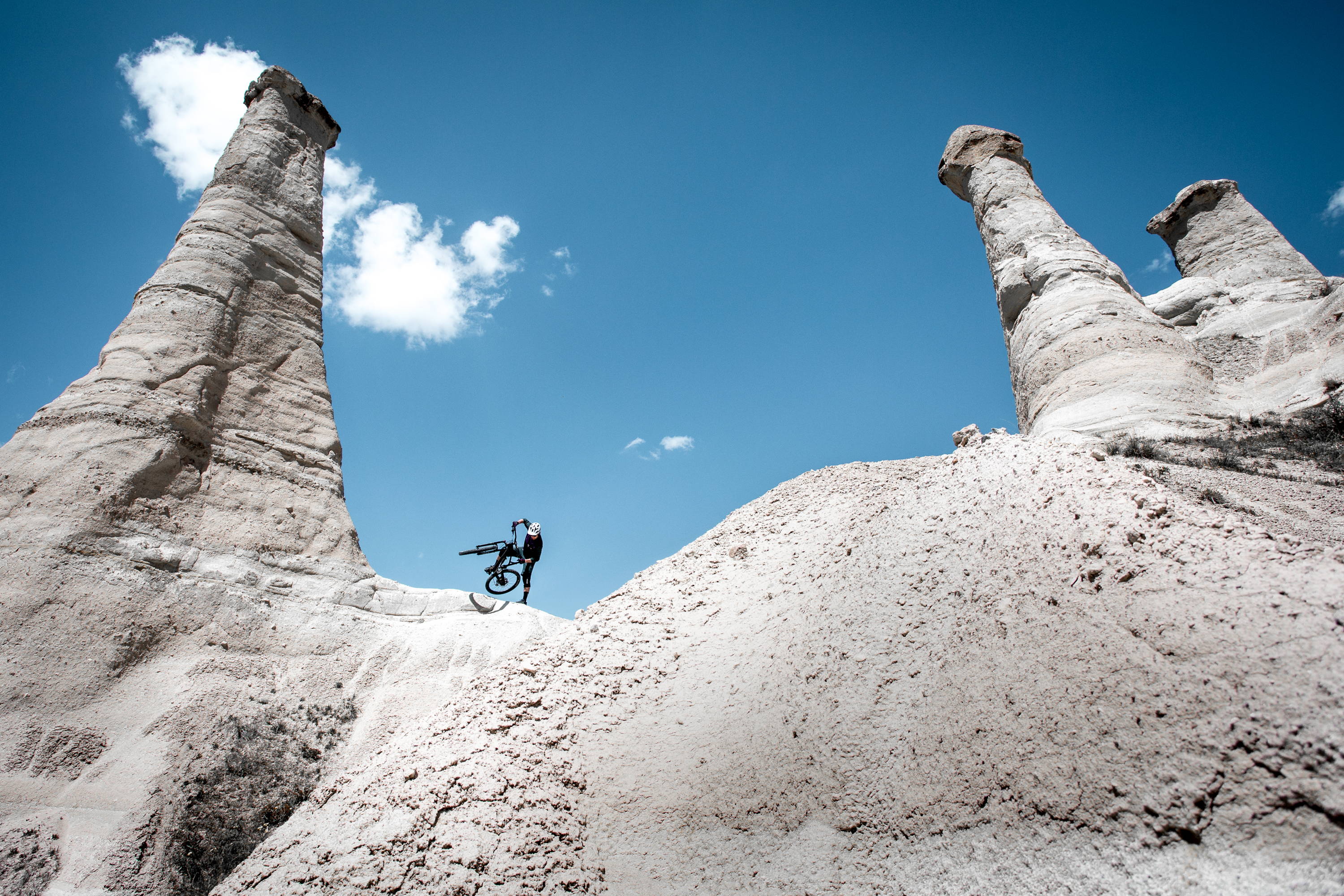 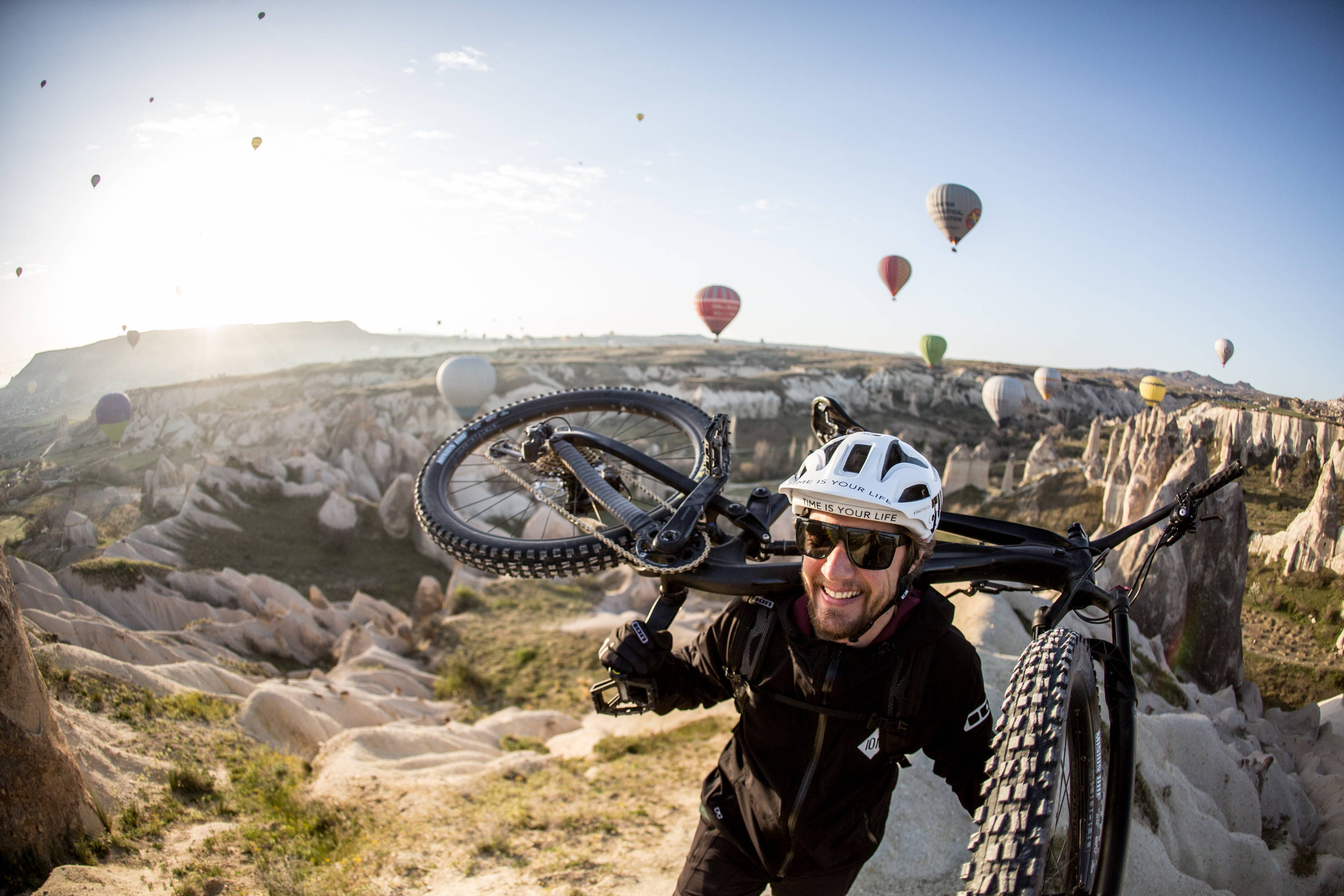 And it´s not just that, it´s amazingly fun to ride as well.

Natural bob sled runs, flow trail sections and some classic free ride lines that are truly one of a kind.
Riding my bike right in the middle of all that was such a great experience. I came for the great rides and left with so much more. 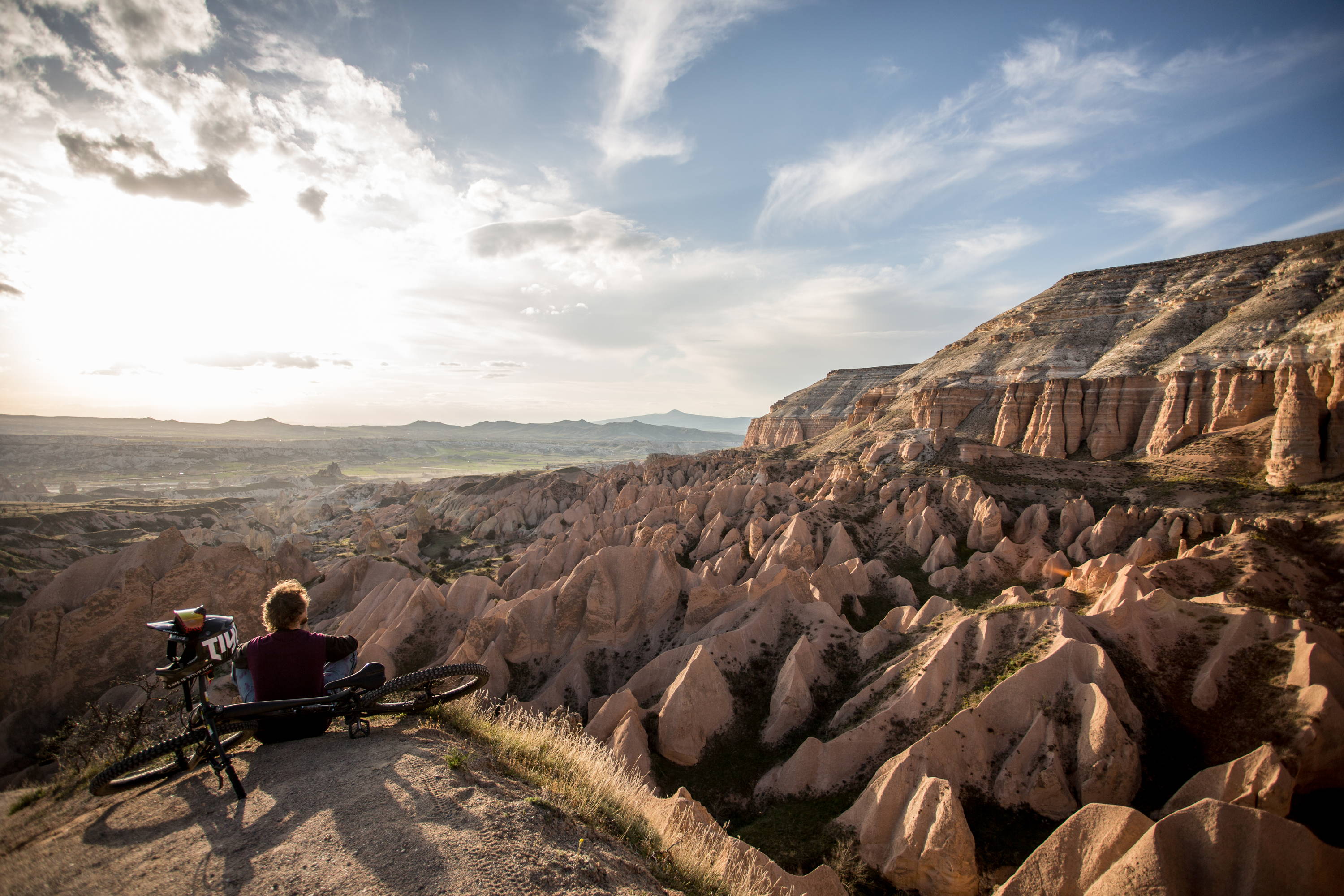 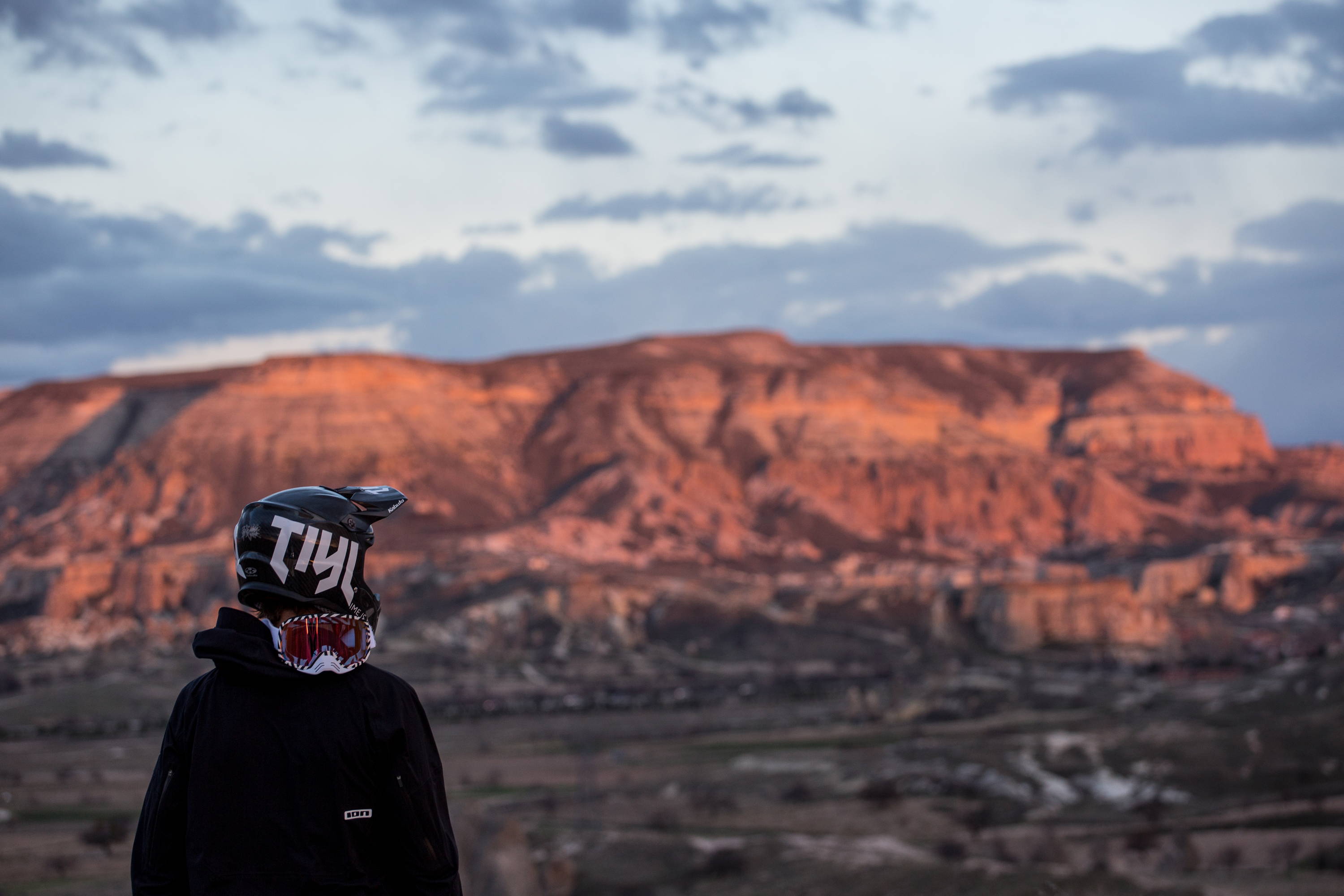 Let´s go to Portugal for some warm late autumn bike shreds, sunny coast views and after a nice ride, some sunset beers at the beach.

Exactly what we went to Portugal for, and then everything went different...